The legend of Sancta Sunniva tells of an Irish princess and her loyal courtiers who fled across the sea, finding refuge on the islands of Selja and Kinn. The legend says nothing of drink, but it is a well-known fact that beer brewing was common in the monasteries, and the monks who came to Selja in the 1100s made a brew from hops grown on the island. Our Monk harks back to the Belgian Trappist Monastery and reflects what those pious individuals imbibed on a daily basis. At Kinn Brewery we employ the same yeast and same fermentation vessels as our ancient brothers, combined with bottle conditioning for that explosive taste. Monk is moderately hopped to avoid overpowering the subtle yeast tones. Just a dash of caramel malt generates an intriguing palate for all-round table appeal. The ideal foil for light fish and shellfish dishes, Monk is served best between 6-8 °C. 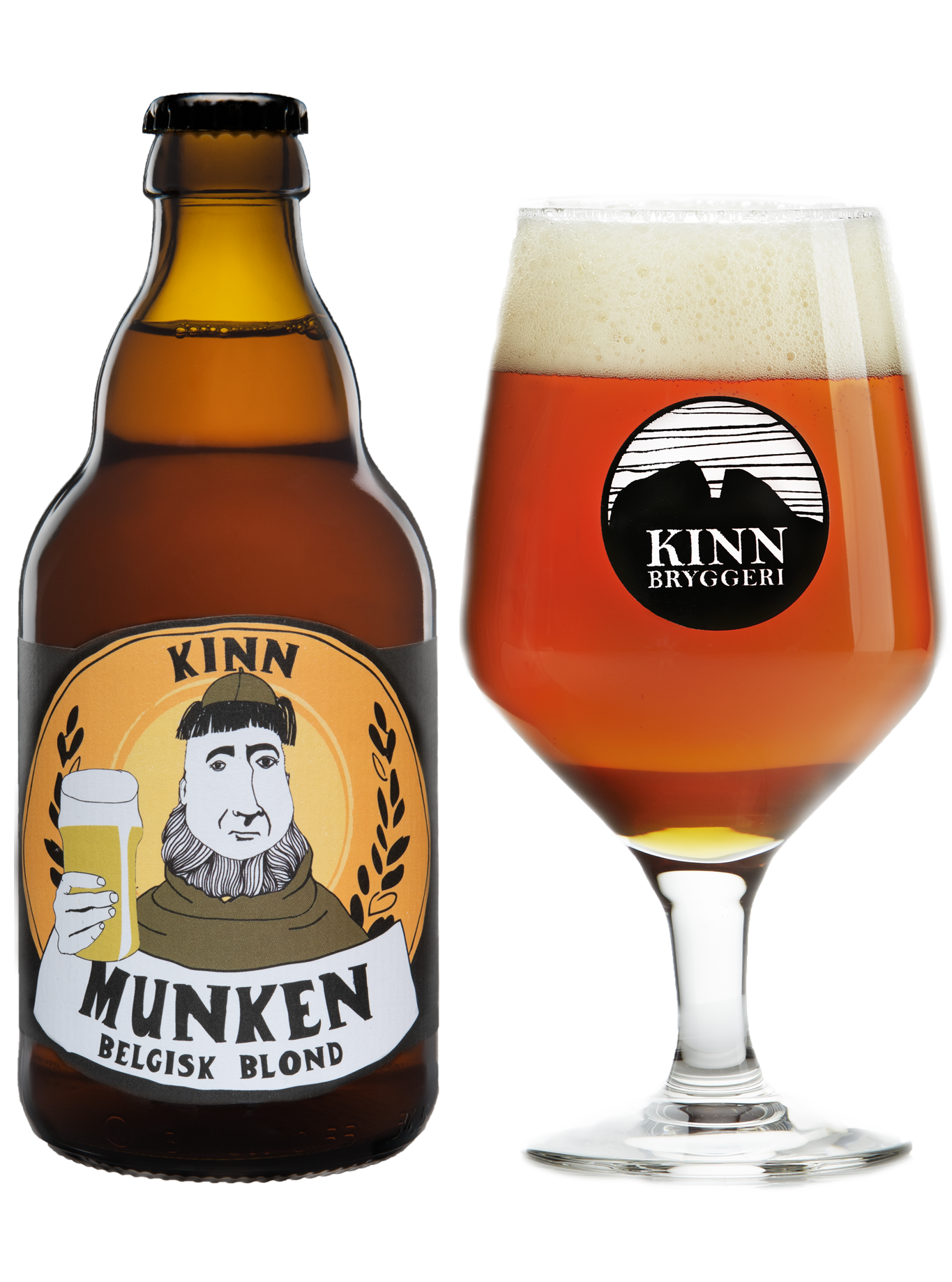